How to Teach Phonemes with a Sound Wall 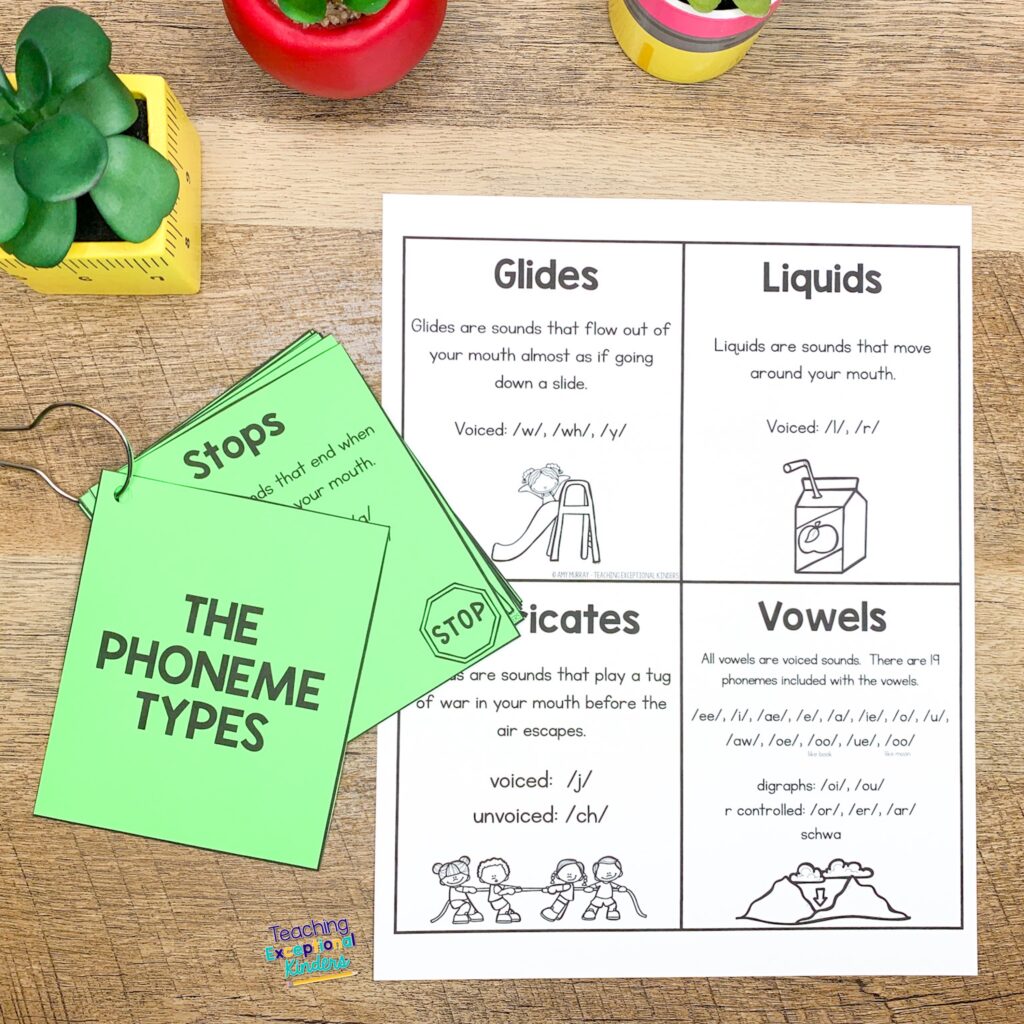 Phonemes are sounds or the smallest part of words.  Graphemes are the spelling patterns that represent the sounds.

We have to remember when teaching phonics, children naturally learn speech and our job is to teach them to match speech to print.  It's a shift from teaching “a says /a/” to “/a/ can be spelled with a”.  This may seem like a small shift, but it's actually pretty significant.

Using a sound wall is a great tool to use to help make this shift.  A sound wall can help you to organize phonemes (or sounds) by their phoneme type in a way that makes sense to kids.  Not exactly sure what a sound wall is?  Click here to read more about sound walls.

There are different phoneme groups based on the way sounds are made.  Your students don't necessarily need to know the phoneme group names, but it is helpful for you to understand the different groups.  You can grab the FREE set of phoneme cheat sheet cards below to help keep yourself organized.

When you use a sound wall, you should organize the sounds by their phoneme type.  This helps to keep your wall organized but it also groups similar sounds together.  For example the sounds /b/ and /p/ are made in a very similar way except /b/ is a voiced sound and /p/ is an unvoiced sound.  Putting them near each other on a sound wall helps students to locate the sounds they need. 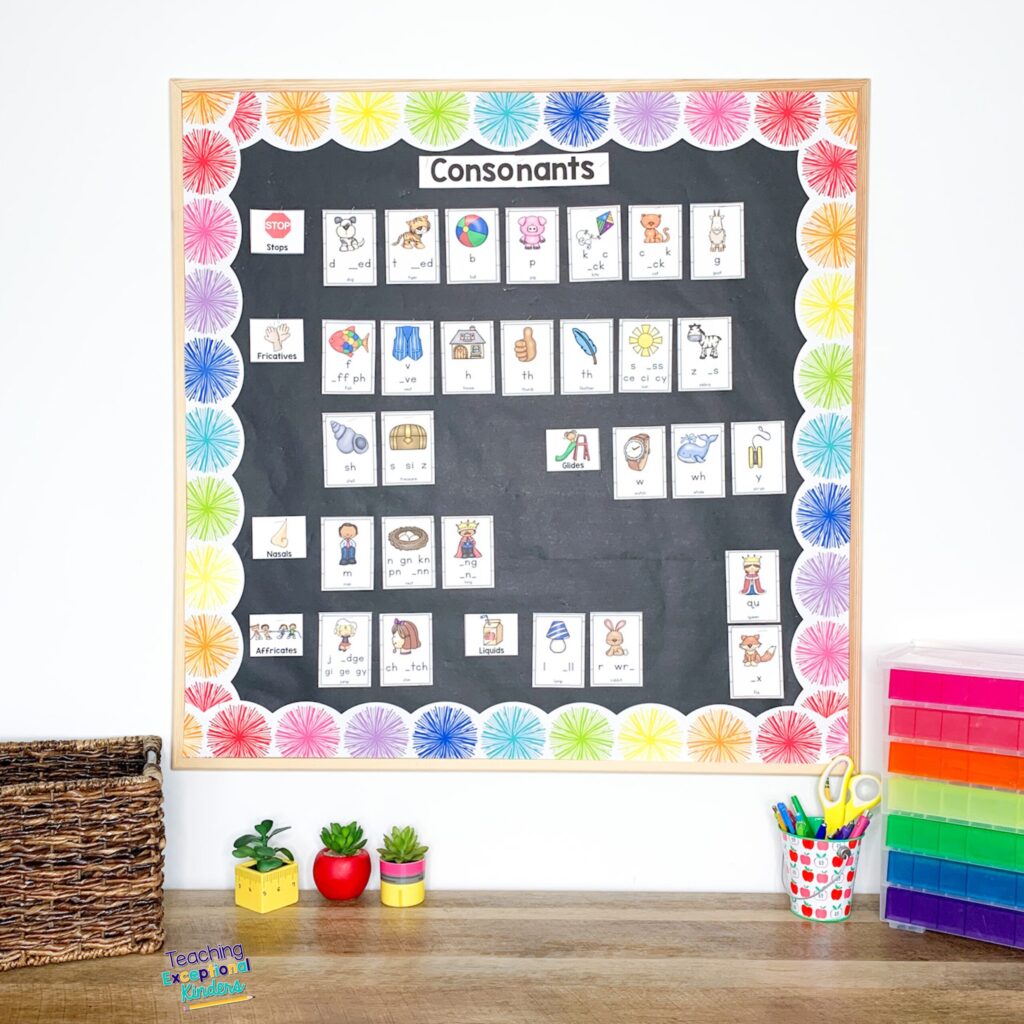 The stops are sounds that end when the air escapes your mouth.  They can be voiced or unvoiced.  These are sounds that we need to teach students to “chop” so they do not add an uh sound or schwa at the end of the sound.

Nasals are sounds that you make with air through your noise.  If you plug your nose while making these sounds, the sound will stop.

Glides are sounds that flow out of your mouth almost as if going down a slide.  THe glides are all voiced phonemes.

Fricatives are sounds that require some sort of friction.  Your teeth, tongue, or lips get in the way of the air as you produce the sounds.

Affricates are sounds that play a tug of war in your mouth before the air escapes.

Liquids are sounds that move around your mouth.

All vowels are voiced sounds.  You should organize them in a v-shape that shows how your jaw moves when you make the sound.

Keeping it all together

When you are new to using a sound wall and teaching phonemes, it can be difficult to keep track of everything.  Sign up below to get this FREE cheat sheet.  It is a helpful tool to keep with your lesson plans so you can reference it as needed.  If you are ready to make the leap into implementing a sound wall, Successful Sound Walls is here to help!  Click here to learn more about my self-paced Sound Wall course.